Just before Christmas 2020, the DASH Rides team had a brilliant idea. One of our Brompton Electric demonstrator bikes had just been returned to us and rather than leave it in the office over the break, we decided to lend it out to an e-bike sceptic. To spare embarrassment, we won’t name the individual, but it’s safe to say they’re a committed sports cycling enthusiast. The following blog post has been written in their own words to describe the month-long experience.

Until last month I was of the impression that I would never have any interest in owning an electric bike. I thought they were only suitable for people who were either lazy, elderly or unfit. However, after borrowing a Brompton Electric from DASH Rides for a few weeks, my mindset has completely changed. Even as a keen road cyclist that covered over 5,000 miles in 2020, I now realise my preconceptions were wrong and that I am perfectly suited for an e-bike. It is no longer a question of if I get one, but when.

I leapt at the opportunity to test the Brompton Electric. I have always been an admirer of the Brompton design and envisaged myself owning one in the future if I found myself commuting in to work by train. The idea of being able to fold the bike, wheel it around and store it under a desk really appealed. I did question whether I would get any benefit from borrowing a folding bike now that I was working from home full time, however, I was wrong to do so.

The ride home after collecting it was certainly different from any of the other miles I had done on London’s roads in 2020. I didn’t change into lycra for the ride. I didn’t have to put my cycling shoes on. I even decided not to start up Strava. I merely put my helmet on, turned the bikes rechargeable battery on and off I went. With a slight press on the pedals, the motor really kicks in and provides rapid acceleration through a boost applied to the front wheel. All that is required to maintain this is continuous, but fairly effortless, pedalling.

I arrived home and had the first challenge of folding the bike. On my first attempt, this took me a few minutes to get right. But after a few practice attempts and remembering the correct sequence of parts to move, it takes about 20 seconds to put away. Our household already has three bikes which we struggle to store as it is but adding the Brompton Electric to the collection did not prove difficult since it was able to slide into a small gap in the cupboard. I can then detach the battery and connect it to the mains to charge up.

Instead of getting the tube or cycling on my road bike to get around London, I replaced all journeys with the e-bike. Whether it was 2 miles to go to the pub (outdoors, within government guidelines in Tier 2), 4 miles to Battersea Park for a walk and coffee or 6 miles into Borough Market for some street food, I would take the Brompton. One of the fears people often have when they lock up their bikes outside is wondering whether it will still be there when they return. With the Brompton, you can fold it up and take it with you – you could hide it under the table at the pub or wheel it around a park, such is its versatility.

Over the four weeks that I’ve been using the bike, I anticipate that I have saved around £60-£70 on journeys I would otherwise have used public transport for. Regardless of the saving, being outside and active is immeasurably more pleasant than being crammed into a tube or stuck on a bus; whether during a global pandemic or not. The Brompton Electric also does away with the concern of arriving somewhere sweaty. While the e-bike allows you to elevate your heart rate and reap the benefits of being active, the electric motor and the breeze from moving at circa 15mph, keeps you cool and perspiration free.

The experience of having access to a Brompton Electric has been eye-opening for me. It is a great solution to many of the reasons people decide against cycling in a city. The key benefits I have found from using the Brompton are;

My preconceptions about who electric bikes are for have been well and truly quashed and I can absolutely see how I could benefit from owning one. When people hear ‘cyclist’, they often think of someone covered head-to-toe in lycra, however, it is bikes like the Brompton Electric that will hopefully change this perception. A cyclist is merely a person that uses a bike to get around; it isn’t and shouldn’t be seen solely as a sport. Having been planning to upgrade my road bike in the coming months, I now have a real dilemma whether to get an e-bike first; don’t dismiss them as quickly as I did. 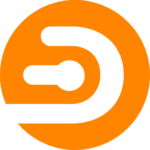